Recently I attended the New Baptist Covenant Summit 2017.  If you don't know about the NBC and their work stop what you're doing and read about them here.

Welcome back.  Still feeling the high from the record setting bike ride in Portland I asked the leadership of NBC about a bike ride as part of the Summit.  I knew time was not on my side (only about six weeks to get the word out) but I had to try.  Not only did they think it was a good idea they even created a really cool event for it.

Let me back track for a moment.  While working on my article about bikes and the Montgomery Bus Boycott I found a link to Civil Bikes.  I read about Civil Bikes and fell in love with this organization. I wrote the principal of Civil Bikes and asked if we could arrange a Civil Rights tour before the NBC Summit.  She said yes as well.

It is one thing to read about the Civil Rights era but it is another thing to pedal on the ground and see it at "bike-level".  I kept thinking this over and over and over as we pedaled around Atlanta. 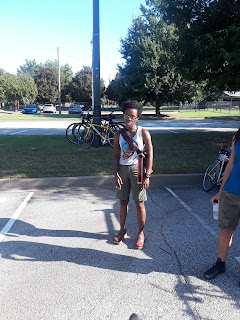 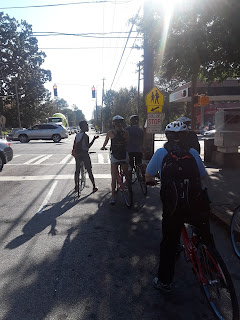 So on the Monday morning before the Summit an intimate group met in the parking lot of King Center behind Ebenezer Baptist Church and started our tour.  (Know that Nedra will provide bikes - nice bikes - and helmets, but if you have your own bike that works too).


From the King Center we pedaled to the David T. Howard school and learned about the school's namesake and the amazing list of alumni.  Right from the get-go my re-eudcation of civil rights began and kept coming... 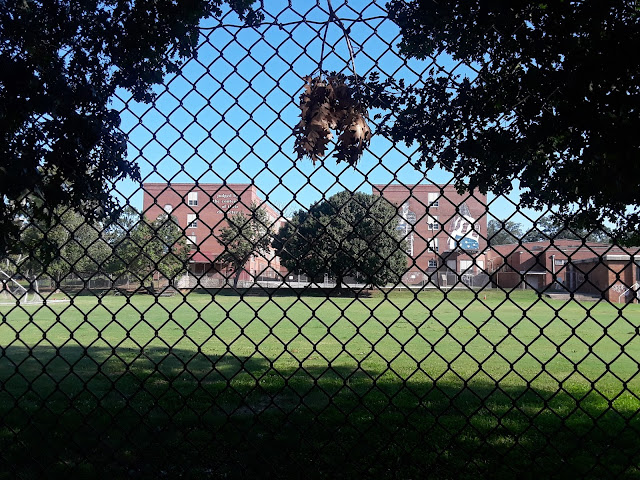 We turned, pedaled, and admired the differing architecture everything from restored Victorian to plain and fancy shotguns.  And then there was the MLK, Jr. birth home. 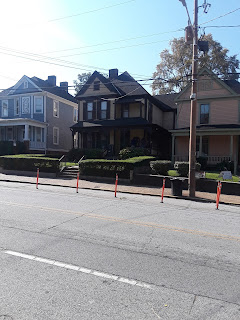 Back on the bike to this amazing mural.  I could have spent the remainder of the day taking in the metaphors, symbols, and words. 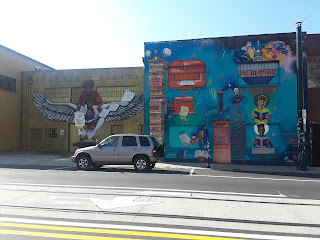 But we had more to see.  On our way to the state capitol we ran into a blocked road, no problem when you're on a bike though, we just pedaled around it.  By the state capitol someone yelled at me for not wearing a helmet, said I was breaking the law. 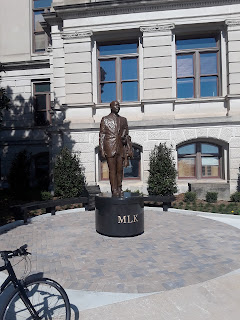 We stopped for a water/snack break at a convenience store about an hour after we started.  On the glass at the counter I found this interesting imperative. 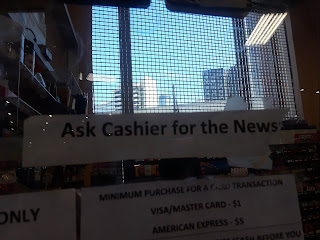 I was surprised how easy it was to get around Atlanta on bike.  Drivers were not too aggressive, bike lanes were well marked, and it wasn't too hot. 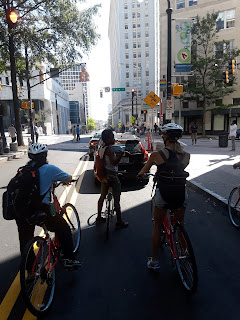 Our next stop, our pen ultimate, was the John Lewis mural and Big Bethel AME. 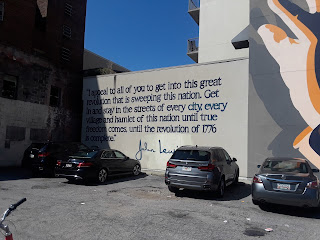 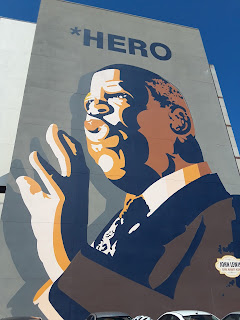 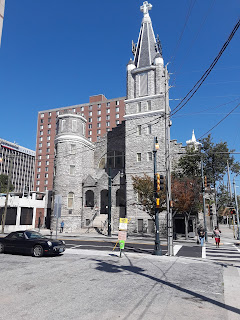 Then we stopped a few feet away for our final stop outside of Wheat Street Baptist Church. 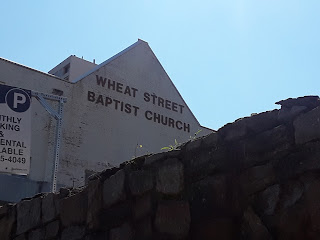 Then we biked back to the parking lot and finished the tour.  I felt like the tour was just getting started.  It was that good.  I had never thought about a bike tour as the perfect vessel for a tour like this.  Each stop was an education (for me) but also an emotional experience.  Biking from point to point gave me some time to process it and moving via a bike gave my body time to process it as well.    Plus, sure you can talk while biking but since it was an unfamiliar city there wasn't a lot of chit-chat going on which created silence to process the tour as well.

All in all it was a three hour tour, encompassing about eight miles.  I would do it again in a heartbeat.