Around 20 years ago myself and the Voice of Reason hopped in my Ford Ranger and drove north from Richmond, VA to Rochester, NY.  We were exploring the possibility of relocating to Rochester; I wanted to transfer from Baptist Theological Seminary at Richmond to Colgate Rochester Divinity School.  Because Myrtle Beach does not count, this was really the first time we had been out of Appalachia & the South (we grew up poor, give us a break).

We feel in love.  We arrived in Rochester on one of those rare blue skyed, clear sunshine, verdant spring days.  I was infatuated.

Ever since that trip I hold a special place in my heart for Rochester.  It is where I was ordained, it was where I found my calling, it was where I met great people, it is where I go when I'm down and out to be filled.  But interestingly, it was not a town I biked much.  I bought a bike during my last semester, an old Motobecane at a yard sale, but it was too big.

So this year I booked the first flight of the day from MSP to ROC so I could have a few hours to bike around the town.  As I waited in line to pick up my rental car (yes, I see the irony) I looked through City Newspaper for food recommendations.  I settled on Rohrbach Brewing as my spot (nice combination of high reviews, beer, and close to a bike share kiosk).

First things first the zagster ride share program is a piece of cake to operate.  Seven speeds, easy to ride.   Knowing I was going to have a beer at the end of my ride I started off by pedaling up to the top of Cobbs Hill Reservoir. 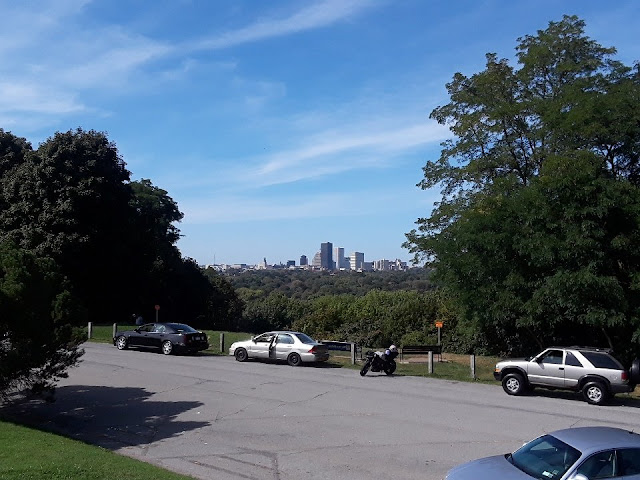 Back down the hill, past my old apartment where the dude downstairs smoked weed every night and every morning yelled, "stop barking" to his barking dog.  Cut through where Dr. Lemke used to live (what an angel and scholar that man was), then up the hill to CRCDS. 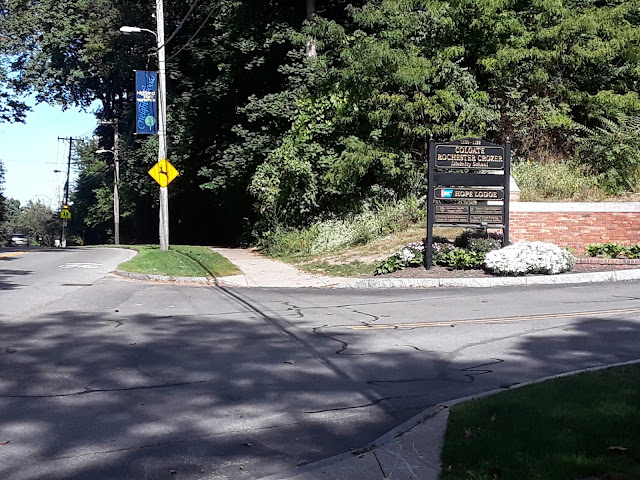 Bike lanes in front of the divinity school!  I would make that the front page of the webpage. 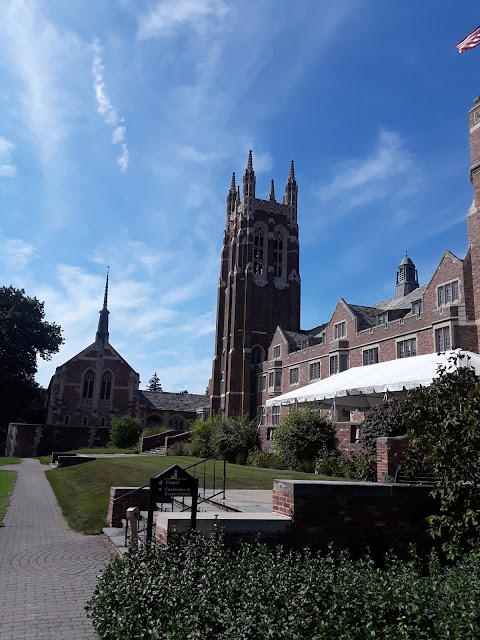 The day was very much like the day the VOR and I first arrived.   Who wouldn't want to go to school here? 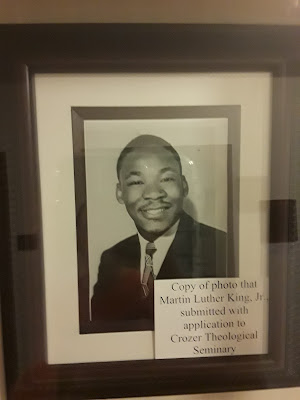 MLK, Jr. did not attend CRDS but he did attend Crozer Theological School which merged with CRDS to form (drumroll) Colgate Rochester Crozer Divinity School.  Look at how young he was. 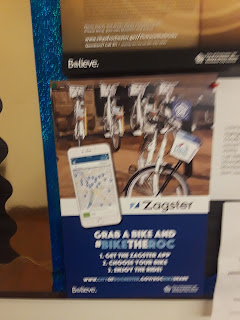 On down the hall I was pleased to see the Zagster poster.

Then I stopped by the Samuel Colgate Chapel (yelp that Colgate both the school Colgate University and Colgate toothpaste) he was a good Baptist. 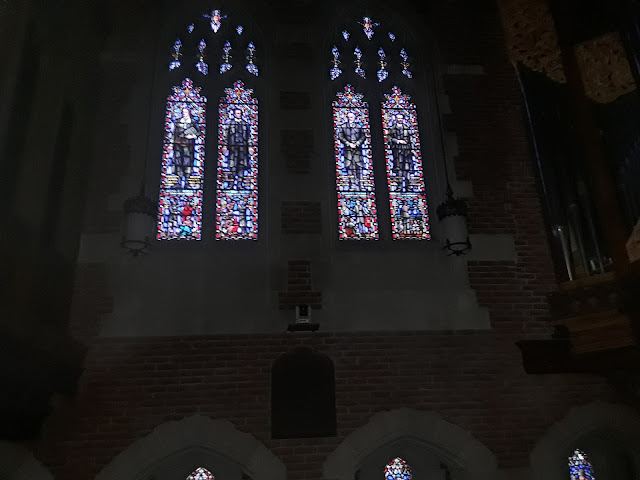 This is the stained glass window as you leave.  Four people (men, white men) who framed the tradition I was trained in: from L to R: Roger Williams, William Newton Clarke, Adoniram Judson, & Walter Rauschenbusch).

From the school I pedaled over to Highland Park Bowl to the Frederick Douglas statue (the first statue memorializing an African-American in the US).  As I looked up at Mr. Douglas I wondered how different the nation would be if instead of Confederate generals there were statues of Douglas! 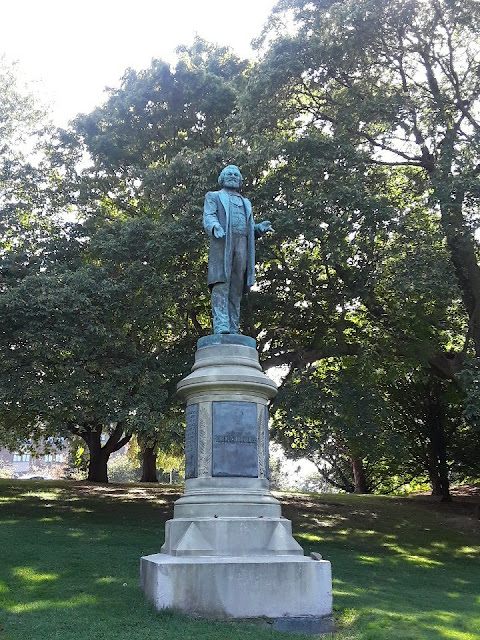 From the park I made my way down through the University of Rochester campus (by the way, Baptist in origin too).  As I pedaled through campus I planned on taking the path by the river back to downtown but I saw another bike path and took it instead.  What a lovely ride on the other side of the Genesee. 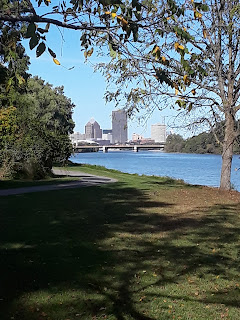 Through downtown, over the Inner Loop.  If you haven't read about a city reclaiming/deconstructing roads then read this piece.  Not having the Inner Loop threw me off a bit, but how cool that it is no longer there.

By then I was hungry (and thirsty) and I was running out of time.  I parked my bike in the kiosk and called it a day. 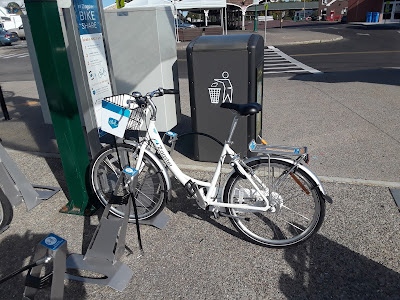 A few notes about Zagster bikes.  One, they are cheap.  $1/half hour.  Two, they are everywhere.  I couldn't get over how many kiosks (usually small, six or seven groups) there were throughout the town, sometimes just blocks away.  Three, people use them.  Later that night I saw a peloton of them pedaling through downtown.

The ride inspired me to create a Social Gospel bike tour through the city for next year.  Oh that will be fun.

The day finished with a beer and maybe, a strong maybe, the greatest ham and cheese on a pretzel roll sandwich I've ever had.