Several years ago I was at stop light on my bike.  I was returning from the hospital and dressed in my generic pastoral uniform: khakis, clergy shirt and collar, and navy blazer. Next to me was another clergy person in a car, dressed in the exact same generic pastoral uniform.  The main difference was our mode of transit.  I was riding a bike, they were driving a car.

As the light turned green the car moved forward and I started pedaling.  As the car passed me I noticed a bumper sticker: 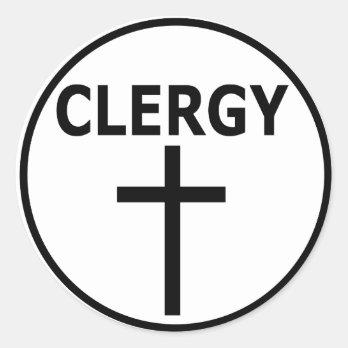 I have no qualms with a clergy person driving a car (it is sometimes necessary for the position).  But why is the car the only form of accepted transit for clergy?  I am trying to create space within American Christianity for a non-car-centric form of the religion.  I am trying to make the argument for more people-centric forms of the religion.  Why are cars more synonymous with Christianity than walking, bicycling and taking public transit?

Why is that church supply companies have Automobile Accessories departments in their catalogs, but not walking, biking, and public transit gear.  What if there was a Clever Hood with Social Gospel symbols and sayings?
Why are clergy bike license plates not easily available?  Who doesn't want a bike license plate?  Remember this Honey Comb commercial.
Instead of finding them readily available I have to contact this company who manufacturers customized PVC bike license plates, for about $10.00.
Walking, bicycling and taking public transit are measures the Church, people of faith, and people of conscience could practice right now to battle climate change.  We could start the conversation now while we are still scattered so come time when we gather in person we could be ready to roll (or walk).
Posted by G. Travis Norvell at 10:39 AM