A few years ago I began the experiment of riding my bike, walking and taking public transit for my job as a pastor.  I thought up excuse after excuse not to do it, but somehow found the unction to start pedaling.  One of the thoughts that propelled me was: just a couple of generations ago pastors didn't have cars and they seemed to do just fine.

Think about it: having a car in the city, until after WWII, was a luxury, not a necessity.

This week I read in Eugene Peterson's memoir, Pastor, that while in seminary he worked at Madison Avenue Presbyterian Church where George Buttrick was the Senior Pastor (1927-1956).  As an aside Peterson mentioned that Buttrick did not drive or have a car.  George Buttrick, maybe the best white preacher of his day did not drive or have a car: he walked and took public transit (I'll have to consult with historians to learn if he rode a bike).  If the pastor of MAPC in NYC could operate without a car, then surely the pastor of a smallish Baptist church in Minnepolis can too!

A certain type of pastor, yours truly included, loves the writer/farmer Wendell Berry; we kind of idolize him and his way of life.  We live in cities, but dream of the country.  We love our technology, but curse how it has changed our lives.  We eat out all the time, but love the organic choices at Whole Foods.  We are baskets of contradictions.

Berry's insistence on minimal technology (he does not own a computer) and using draft horses on his farm makes me think further about what would pastoral practice look like without a car, without a phone, without email?

I wonder what kind of lost wisdom we have lost with our reliance on technology and non-mass transit or self-powered transit?

Recently I was in my hometown of St. Albans, WV for vacation.  Going on five years of my experiment of biking, walking, and taking mass transit I saw my hometown in a different light.  It was designed, originally, at a human scale.  The population is around 10,000. When it was developed the population was around 2,500; and it feels that way.  Main roads are narrow, made for moving not for parking. 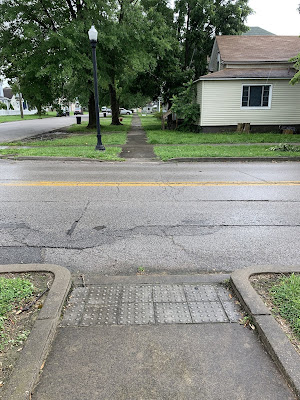 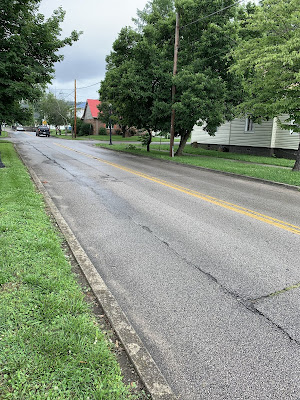 You can walk across this road in just a few steps (I tried to measure them with a tape measurer but traffic would not cooperate).  Other streets are wide and can easily accommodate cars and bicycles.

The town's mass transit is served by the Kanawha Valley Regional Transit, with service between St. Albans and Charleston.  The town used to have a train station, but it closed years ago. 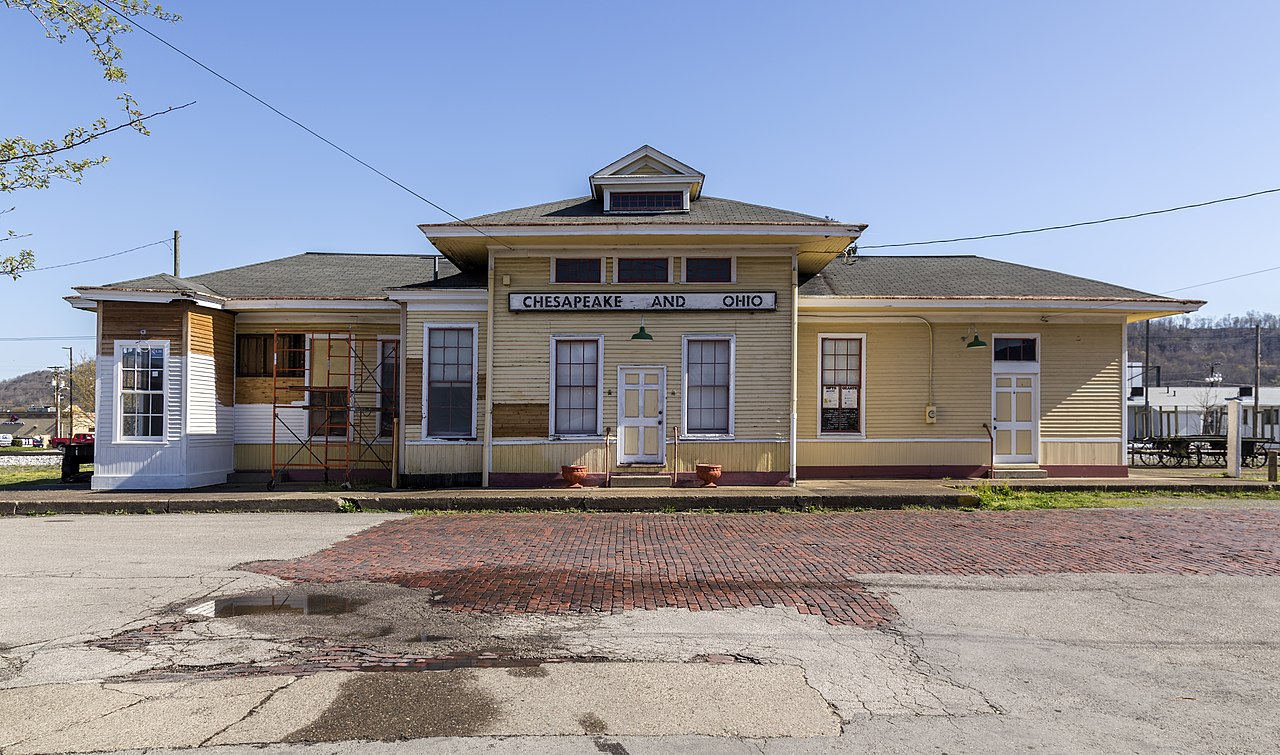 I wonder what it would have been like to pastor in this city without a car (take the bus to Charleston or the train to Huntington or Cincinnati or Pittsburg or Washington, D.C. or New York City? (you can take the Amtrak Cardinal out of Charleston to Cincinnati or to D.C).    Or if the congregation was within the confines of walkable and bikeable city?

The truth of the matter is that you can do this now, but it ain't that easy.

Here is a new bike lane on Route 60 from St. Albans to Charleston. 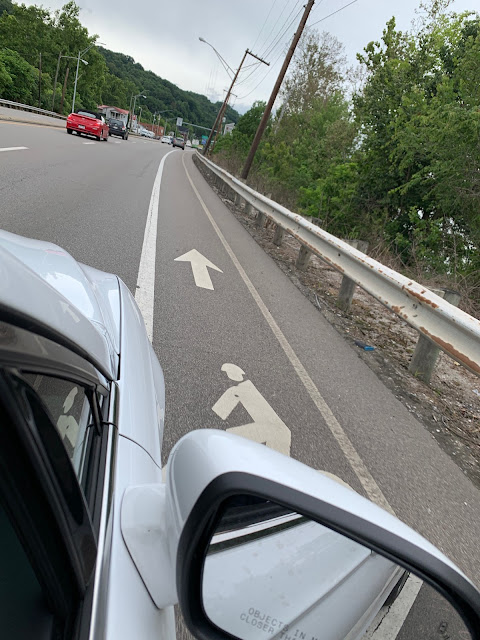 You'd have to be high to use this bike lane.  There is no buffer between you and vehicles and the speed limit is 55mph.

And then there was this, about 1/2 mile from my the home I grew up in I saw this bicycles share the road sign.  I noticed something about it and sure enough, just what I suspected: bullet holes. 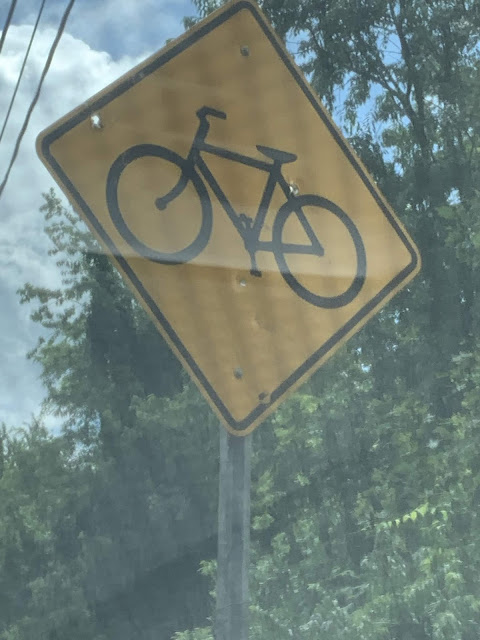 Why?  Because we are losing ancient wisdom, connection to the community and place, when we get into our climate controlled sealed bubble mobiles, turn on our podcasts that already affirm what we believe, and go from point A to point B.