So the last part of June and first part July the American Baptist Churches, USA will hold their biennial meeting.  This is a meeting of lots of American Baptists (clergy, missionaries, denomination staff, seminary staff, church delegates, institution folk, & etc.)  It is an enjoyable time.

The last two were held in Overland Park, KS.  I understand why the venue was chosen but it felt like a fun desert to me.  You couldn't walk anywhere, poor bus service, and no bike share programs to be found.  This year, however, the meeting is in Portland!

Several months ago I began dreaming of a way to get clergy on bikes.  I thought what if we broke a record: most clergy on bikes.  I started researching and guess what: there are no clergy and bikes records!  So I filled out an application, paid my $5 Value Added Tax, and submitted my plans to the Guinness Book of World Records for a new record.  They said it would take several weeks, I haven't heard back yet; it has been several weeks.  But I am still hopeful.  Even if Guinness doesn't get back to me there are several other record books I have applied, they have accepted my record.

Next came logistics: how am I going to get at least 250 bikes for clergy?  I asked some friends at NiceRide (Minneapolis/St. Paul's amazing bikeshare program) if they had any ideas.  Boy (and Girl) did they.  They put in contact with the person who is in charge of the bikeshare program in Portland: Biketown.  I got in touch with Biketown and sure enough they were game!

So the word started to spread and clergy began to get excited, but then a funny thing happened: non-clergy wanted to participate as well.  So the invitation was expanded to include both clergy and non-clergy.  So the record will be most clergy and most Baptists (religious group) riding bikes. 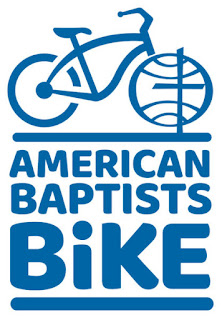 It just so happens the stars were aligned for this event to take place: either other mainline denominations are not meeting this year or if they are they are meeting they are not meeting in a city that has a strong bike sharing program or if they are meeting in a city with a strong bike share program they do not have enough time to organize such an event (thus, why I have been so coy about this project).  But here is the fun part: I want this record to be broken.  I want the Lutherans or the Methodist to smash our record.  I want clergy and non-clergy riding bikes, getting healthy, exploring their communities, saving the planet, seeking economic and racial justice, gaining courage and putting a smile on their face.  Because the world needs courageous and joyous people right now.  But the Divine help us if the Southern Baptists find out about this record setting attempt; they have enough institutional might to overcome all of my obstacles...  They will crush the record, sanctify the bikes & then funk bike riding up for years to come. But who know maybe riding a bike will soften 'em up a bit.

I hope you can join us for this record setting event, Friday June 30 8:30am - Portland, OR.

here is the link to the actual press release, just in case you think I'm making all this up.